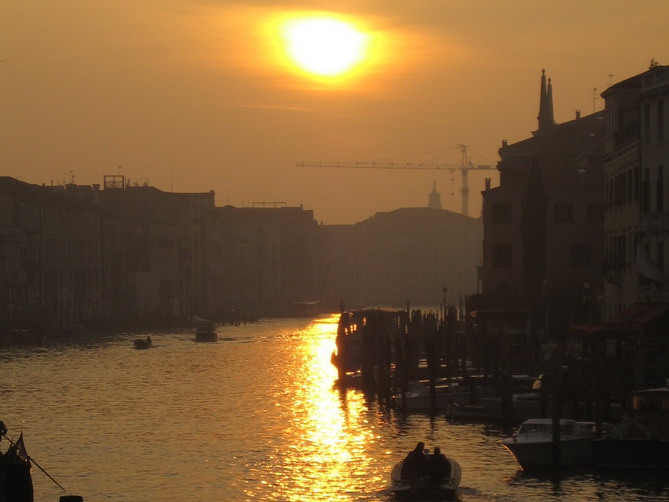 Enjoy a fascinating walking tour through the dimly-lit backstreets and alleys of Venice, illuminated by numerous Ghost stories & Legends from Venice’s past and present. Along with delightful anecdotes about the Venetians and their unique character you’ll enjoy a very different tour of Venice.

Venice by night is a place of romance and mystery. This Ghost walking tour of Venice features an itinerary that will take you on a journey through the hidden Venice where you will not only hear six intriguing ghost stories that will bring a chill to the night’s air, but you’ll also be entertained by legends of sea monsters and the Venetians themselves that will include the legend of Marco Polo’s wife.

In addition to the ghost stories and legends this walking tour includes an itinerary that will pass by many architectural treasures that are hidden away in the back-streets of the Hidden Venice.

Your adventure will start at the Rialto bridge, from where you’ll descend into the labyrinth of the hidden Venice, crossing sleeping canals and abandoned campi, it will feel as if you have Venice to yourself as the only sounds you’ll hear will be the echoes of distant footsteps.

In between the Ghost Stories, you’ll hear other gruesome tales from Venice’s past including stories about an old prison where the poor in-mates lived in rat-infested cells that flooded during high tide.

We’ll take a stroll along the narrow alleyway called the street of the Assassins to recount the murders that have taken place there, as well as exploring an old campo that used to home one of the numerous cemeteries in Venice.

You’ll also explore a secret passageway, one of the few surviving that were used by the inhabitants of palaces to flee from the authorities (subject to water-levels).

This walking tour will also include architectural gems and follies lost in the back-streets of Venice that will include the delightful Bovolo staircase built for a wealthy Venetian at a time when many Venetians still travelled around the city on horse-back.

The elaborate staircase enabled the wealthy nobleman to ride his horse up to his private apartments within his palace.

Following a winding route through the labyrinth of back-streets you’ll enjoy a very intimate experience of the Hidden Venice on this walking tour.

An enchanting route with many surprises along the way. The tour finishes near the Rialto bridge where you’ll enjoy a fine view of the main bridge over the Grand Canal.