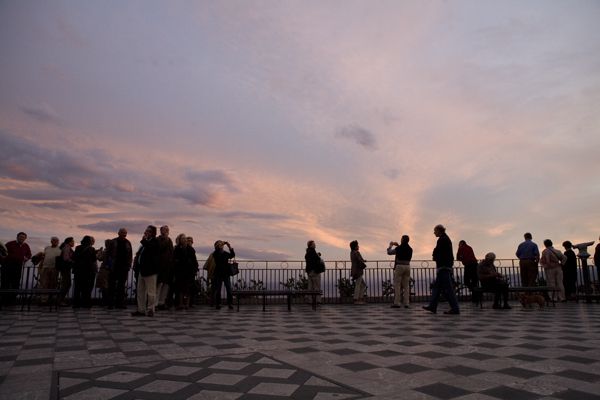 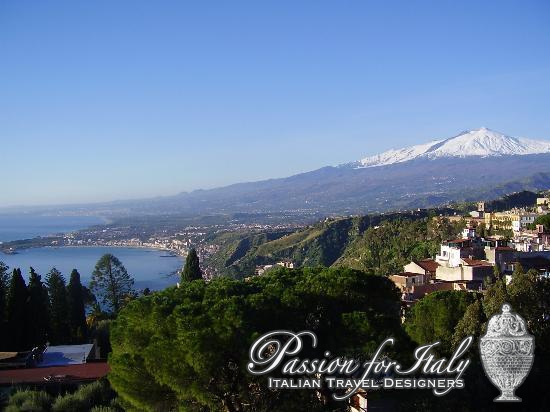 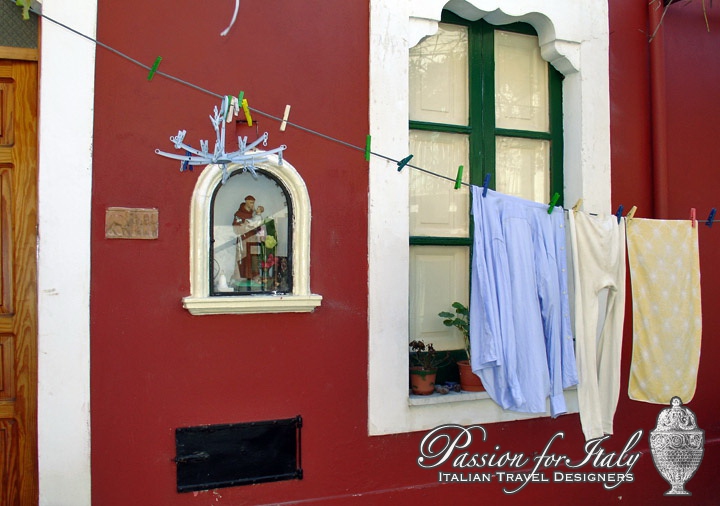 Taormina is the jewel of Sicily, sparkling atop Monte Tauro, with views overlooking the strait of Messina and the Aeolian Islands and to the mainland of Italy. It is one of the most beautiful villages one could ever wish to see and a must see on your visit to Sicily.

Taormina is a good base for exploring the eastern side of the island. One of the chief delights of Taormina is simply wandering along its narrow, mediaeval main street , Corso Umberto”, browsing the beautiful chic shops and designer boutiques and restaurants.

From the balcony of the main Piazza IX Aprile there is stunning views out over the sea and at night, when Mt. Etna is flowing one can see the red glow of the hot lava. This is particularly spectacular in winter with the snow capped peaks as well.

Parking is sparse and one is not allowed to bring the car into the historical center and the main street is for pedestrians only. There is a bus service from Porta Messina to Taormina if you are arriving by train. Taormina’s beauty has attracted the rich and famous over the centuries. It is a village in which you will want to stay forever.

In Taormina We Recommend…

Stay in one of our beautiful hotels in Taormina and go for day trips to Mt. Etna, Messina and take a ferry out to the Aeolian Islands. Lie on the beach for a day enjoying the acqua crystal clear water. It is very crowded in the summer so we suggest spring or autumn for travel to Taormina.

In summer, Taormina hosts an international film festival and other concerts and events, many of which are performed in the open air, ancient greek amphitheatre, a spectacular setting on the edge of the cliffs with the drop to the sea below.

At sunset, the view is breathtaking an accompanied by beautiful music. It is an experience that will stay in your memory forever. Try the ‘granita’ at your local bar to the flavour of your choice, they make the best here to be enjoyed on a hot summer’s day.

What To See In Taormina

Sign up as a client to receive our Passion for Italy Travel guide for Taormina.

Taormina is located on coast on the eastern side of Sicily.

Other Towns to Visit

You may also like to visit Siracusa, Ragusa and Modica. See our boutique hotels in these towns.

They contain magnificent buildings of the Baroque period and are well worth seeing as these eight towns are permanently at risk from earthquakes and eruptions of Mt. Etna volcano having been once destroyed in an earthquake in 1693.