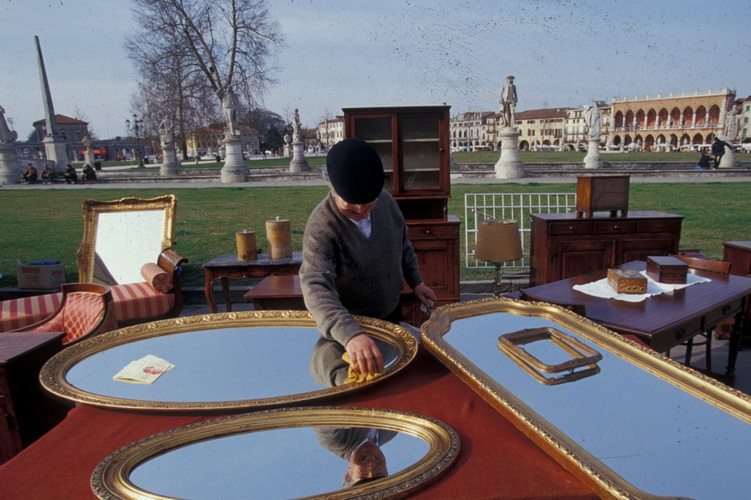 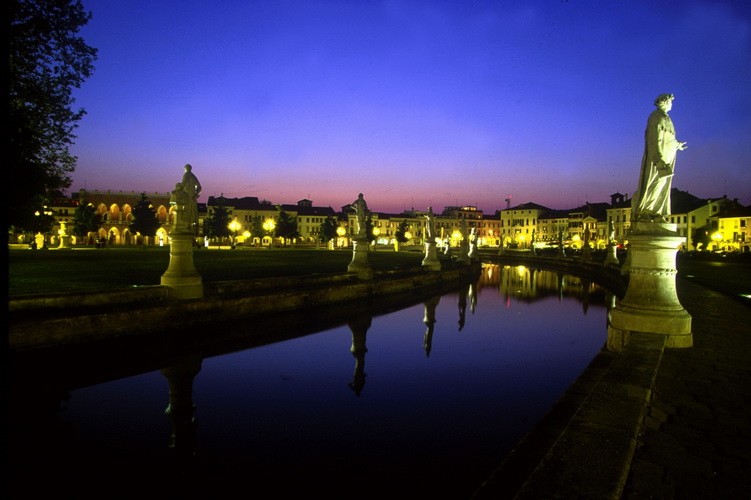 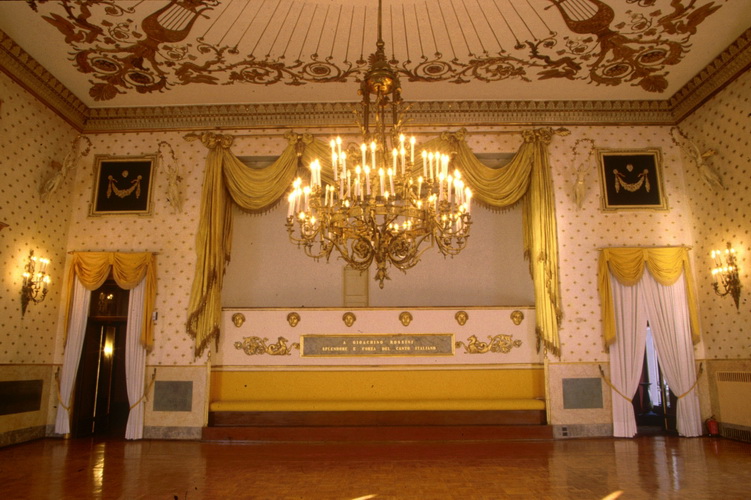 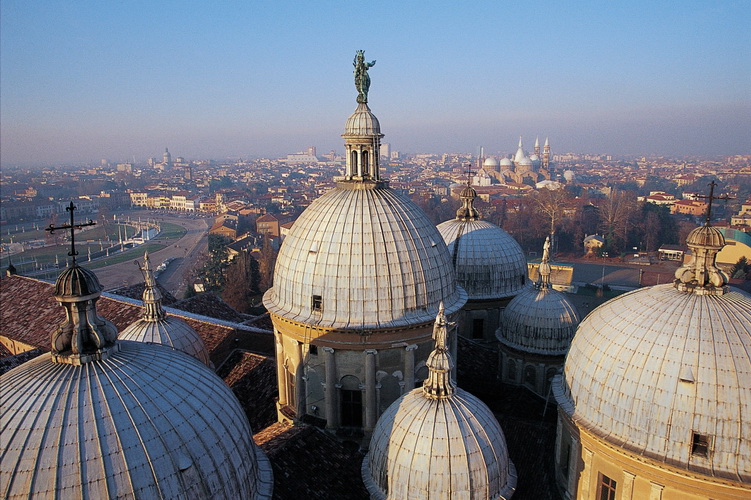 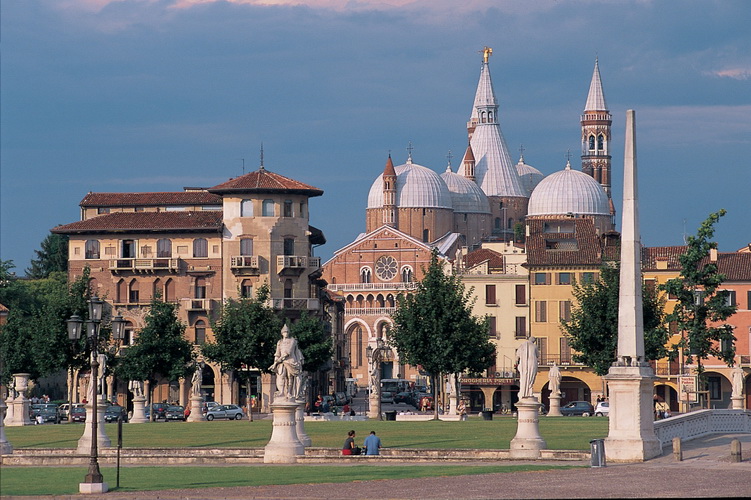 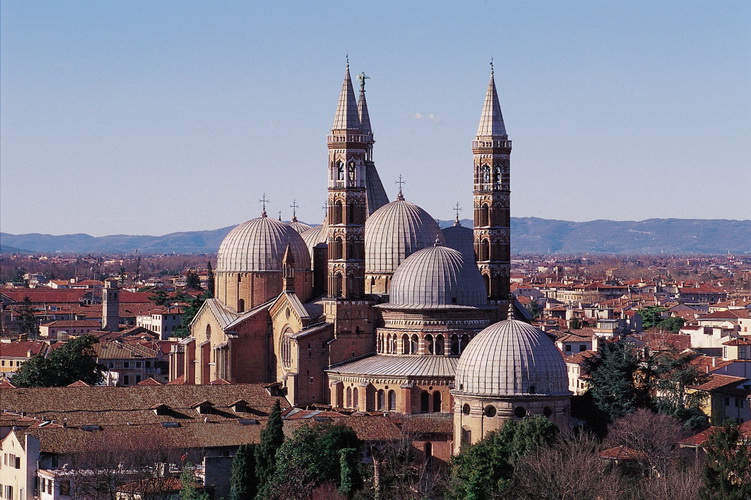 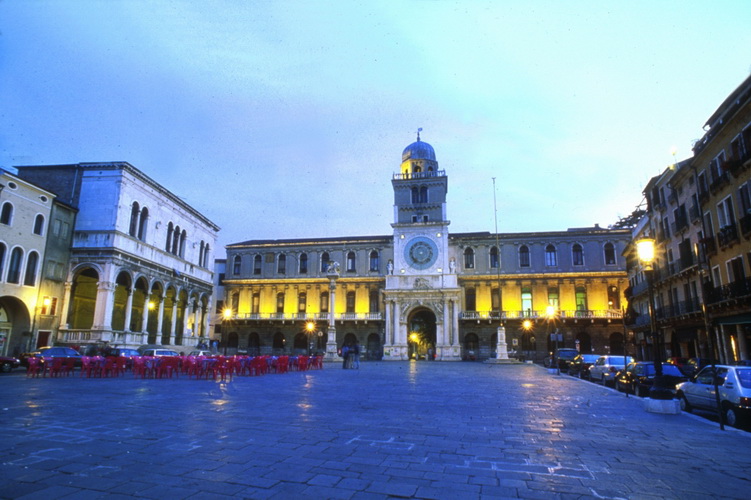 Just 37 km west of Venice is Padua know as Padova in Italy – an elegant city with a discrete charm surrounded by 16th century walls. The old city centre is a place of busy market squares, waterways and silent, arcaded streets where one can find towers, churches, palaces and surprising secret gardens.

Padua “ the Erudite”, as was known in the past for its University dated 1222, the second-oldest university in the world after Bologna (1210). A haven for free thought, Padua attracted intellectuals from all over Europe, including the great astronomers Copernicus and Galileo Galilei ,that was among its staff for 18 years.

Tourists visiting the university can see Europe’s first great Anatomy Theater, which dates from the 1500s. Despite the Church’s strict ban on autopsies, students would pack into this theater to watch professors dissecting human cadavers. If the Church came a-knocking’, the table could be flipped, allowing the corpse to fall into a river below and be replaced with an animal.

In the Basilica of Saint Anthony, lies the remains of one of the world’s most loved saints to which thousands of Catholic pilgrims flock each year. Near his tomb is his miraculously preserved tongue and many Catholics pray to him to find their missing things. Also see the recently renovated Scrovegni Chapel that it is surrounded by Giotto’s beautifully preserved cycle of 38 frescoes of the lives of Mary and Jesus Painted in 1305, it is considered by many to be the first piece of modern art in Italy.

See the Botanical Garden (Orto Botanico), probably the oldest “Simple Garden” (the “simples” were the medicinal plants) in the world. It still maintains about 6000 species of plants and since 1997 is part of the Unesco World Cultural Heritage because of its unique design.

In Padua We Recommend…

Stay in our Fabulous Castle in the king’s suite or rent an apartment just 10 min outside Padova where kings and queens stayed – feel like a princess!!
The perfect way to conclude the day for the Padovani is have a drink with friends.

In the late afternoon in Piazza delle Erbe, when the market is closed, the merchants are gone and the space is filled with chairs and small tables where you can enjoy a spritz – an aperitif made with two bitter alcoholic liqueurs (Campari or Aperol), white wine, and sparkling water, garnished with an olive and a red wedge of blood orange.